Facebook is famous for the hundred of things they do to annoy us, but the one that seems to make the least amount of sense is the fact that Facebook does not recognize Choiceland, SK as a place in it’s massive index of towns, places, villages and even hamlets. And Choiceland is not alone, Love, SK and Smeaton, SK suffer the same dilemma.

To the east, White Fox, SK is on their list, as is Snowden to the west, both smaller communities than Choiceland. Yet, Facebook users who live, work or visit Choiceland will tell you they cannot list Choiceland as their hometown, nor can they show their events true locations if they are happening in town. 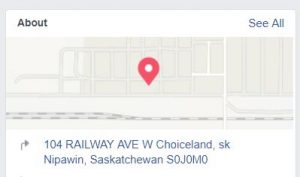 Now this may seem insignificant to those who don’t live there, but for those who do, it can actually change how they connect to what’s happening in their own community. Many people have resorted to just using Nipawin, SK as their current or home town and while this may seem “close enough” that isn’t always the case. For businesses with Facebook Pages, Facebook does not allow them to enter their Choiceland address so new customers can find them. There are a few work arounds as seen in the Sundown Saloon Choiceland, where they have created their page and then are able to add in their address after the fact, though Facebook still tries to tell people they are in Nipawin.

A lot of what we see in our Facebook feeds is dictated by what we list as the town we live in. Choiceland businesses wishing to promote ads to Choiceland residents have to select a larger area just to reach their local costumers, meaning that much of their advertising dollars could be spent promoting to people outside the area they want to target with their ads. They would have to chose a range within 25 km of White Fox to reach Choiceland, meaning Nipawin, having the larger number of Facebook users, will be where most of their ads are shown.

Whether or not you can enter Choiceland depends on the type of form. If it is an address all on one line form, it can work. The problem comes in were Facebook requires the town and street address on separate lines of their form. You can type in Choiceland and when you move to the next line of the form, it disappears. 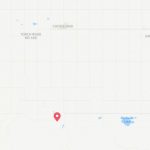 There is a “place” called the city of Choiceland and it’s almost in the right spot. The Facebook map shows it on a grid road, just west of Hwy 6, about 12 km south of Choiceland. But even though it shows up as a “place” it still can’t be used as a location when you are selecting your home town.

What can we do to get Choiceland, Love and Smeaton on the Facebook map? 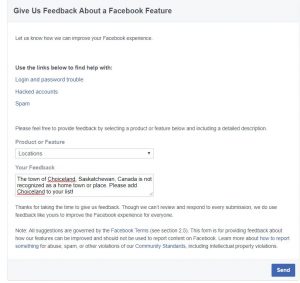 Complain! You can go to Give Us Feedback About a Facebook Feature, for Product or Feature select “Locations” and tell them you want these towns added to Facebook’s list of places. While you can send feedback requesting all three towns be added, I reccommend sending a seperate one for each town.

If you don’t know how to word it, here is an example;

“The town of Choiceland, Saskatchewan, Canada is not recognized as a home town or place. Please add Choiceland to your list!”

You don’t have to live or work there to submit the feedback to Facebook! So let’s all help out our neighbours and bring Choiceland, Love and Smeaton into the Land of Facebook! A few complaints won’t do much, we need as many people as possible to send the feedback.

Nipawin News is offering rotating banner ads on our website for municipal elections candidates in Nipawin and the surrounding municipal...

5 Years of News-Now I’m Asking For Your Help

In February 2015, I started the Nipawin News Group on Facebook. It's purpose was to have one central point locals could find just local...

As our community is thrown into an unprecedented crisis and we are bombarded with news and information from all across the country, I am...

Government of Saskatchewan Nov 5th, 2019- Who should get the flu shot? Even if you’re healthy and feel you can deal with getting the...

Update - 8:25 a.m. August 6th, 2019 Clarice Reynolds has been located safe and sound. The Smeaton RCMP would like to thank the public...