Quaid the missing Silver Lab from Love, SK has been located. Sadly, it appears he may have been hit by a vehicle on the grid road in front of his owners home. Quaid’s owners discovered him in the ditch, covered in snow near their driveway approach on Saturday.

After a stressful three day search for Quaid, his owners’ shock of learning that someone had hit him right in front of their home, while they were right there, and took the time to drag him off the road and into the ditch, but could not find the time to check to see if the farm yard was his home and notify the owners.

“Thank you so much to everyone for their concern and help, Quaid has been found. Unfortunately it’s wasn’t a good finding.” Grace Francis said in an emotional Facebook post early Saturday evening, “To whoever it was that hit and killed him, I understand that these things happen. However, you could have at least had the decency and respect to stop and let us know instead of dragging him into the ditch to let him get covered in snow while we searched for him for 3 days. I hope karma finds you and I hope it’s as unkind and cold hearted as you are.”

Quaid was more than just a farm dog, he was part of a family, and that family is part of what was once a close knit community. It is very disheartening to know that some seem to have forgotten what it is like to be good neighbours.

If you know anything about the incident the early evening of Thursday, December 14th you can contact the Nipawin RCMP at 306-862-6270

Quaid went missing from his home on a farm near Love, SK. Quaid was last seen around 4 pm on Thursday, December 14th. 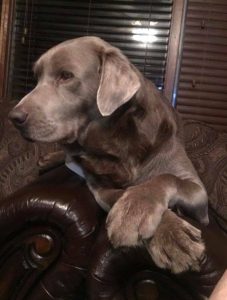 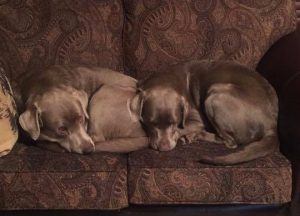 Quaid is a 3 year old male Silver Lab, who weighs about about 90 pounds and was not wearing a collar, though he is microchipped. He is very friendly but very hard to get in a vehicle.